Today, 10th of June 2020, we are releasing a new update to the TECDIS software. This brings TECDIS to software version 4.8.3.5.

This is primarily a maintenance release with fixes and improvements identified since the release of the previous version, but it also adds some new features for our TELCARE subscribers. 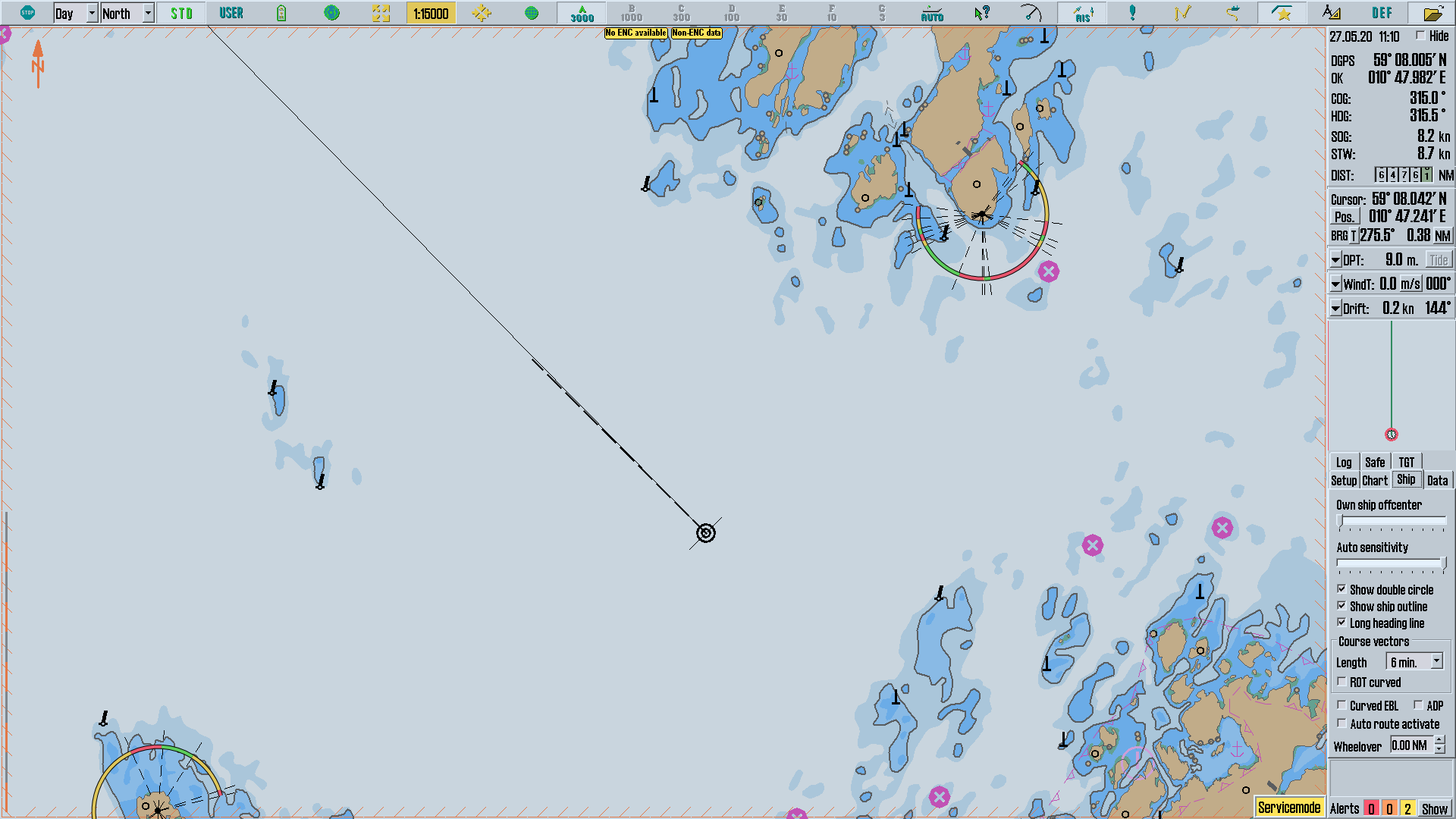 One example is Long heading line, adding an oft requested feature to TECDIS. When this new option is activated, own ship heading line extends to the edge of the chart display.

This release also adds other new features, improvements and bug fixes, that are available to any TECDIS user. Most notably we are adding dual click chart loading for the ChartWorld chart provider, further improvements to the new way of displaying the Route Monitoring during a voyage introduced in the previous version and performance improvements when operating continuously without restarts for months at a time.

Today, 9th of July 2019, we are releasing a new update to the TECDIS software. This brings TECDIS to software version 4.8.3.4.

This release adds several new features for our TELCARE subscribers. 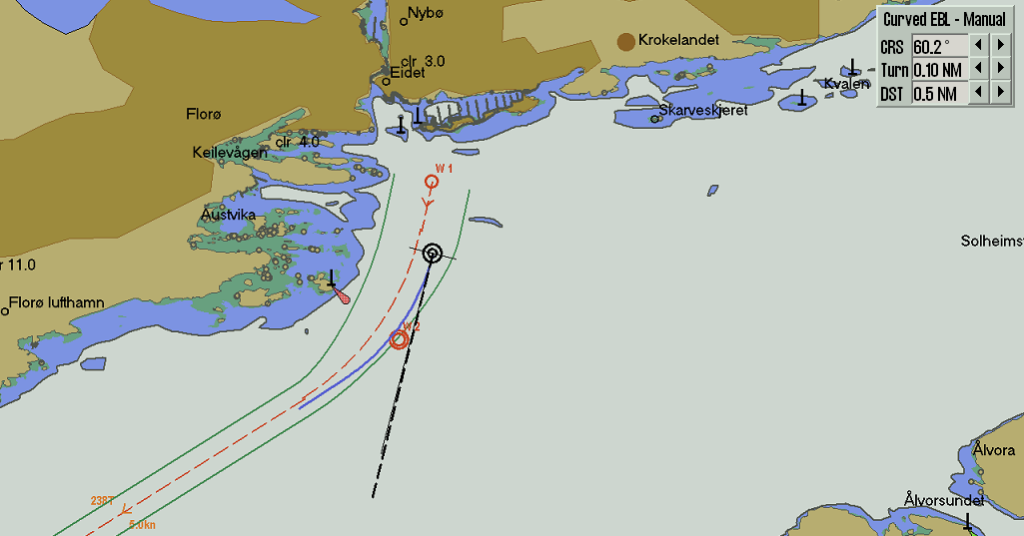 Curved EBL is the most important one, adding live prediction of how a turn will effect your bearing and position. We have also added several calculation features, to help you plan your voyages with as little manual calculation as possible.

This release also adds other new features, improvements and bug fixes, that are available to any TECDIS user. Most notably we are adding a new way of displaying the Route Monitoring during a voyage. This display is made together with Norwegian SAR personnel.

Today, 1st of March 2019, we are releasing a new update to the TECDIS software. This brings TECDIS to software version 4.8.3.3.

This release introduces several major changes to TECDIS, both to the product itself and to the feature set it has.

The biggest change is the introduction of TELCARE, our software as a service subscription program. Read more about it here: telko.no/telcare

We are also introducing highly requested features such as Admiralty TotalTide, a new miniconning for transit and drag and drop for editing route lanes and turn radiuses. We are also adding a feature we are very proud of; Rendesvous. This tool predicts where other vessels will be along your route, and allows you to visually find suitable locations for overtaking/meeting, and provides you with speed to go to accomplish it as well.

Telko in the media: Sjöfartstidningen

In the latest edition of the Swedish Sjöfartstidningen you can read about the TECDIS installation on Stena Vinga. Telko International AB has performed a complete rebuild of the front of bridge systems. A dual TECDIS installation together with Furuno Radars is now installed on the bridge.

In the article you can read more about Stena Vinga’s experience with TECDIS (the article is written in swedish), but to sum up their main reason for choosing Telko and TECDIS is simplicity:

It’s in line with our desire to remove unnecessary features for the navigators. Many ECDIS systems on the market today have received many features in a short period of time. But Telko’s system is a simpler, cleaner system.

Read more about the views of Stena Line and Telko about a simpler and more modular approach to bridge designs for the future. Telko International AB’s very own Jonas Trygg has provided a lot of insight in the article, and it is truly worth the read.

The full article is available in Sjöfartstidningen number 10/2018, and in the pdf below: 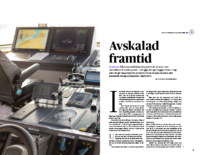 We are exited to announce that the all new TECDIS 2728 model is joining our TECDIS linup, with availability today!

TECDIS 2728 takes most of it’s cues from our long-running 2138A and 2138B line of standalone computers, and places that high end technology in the bezel of a gorgeous 27 inch display.

It is based on the Kaby Lake platform from Intel, and features a powerful Core i5 processor, 8 GB of blazingly fast RAM, 150 GB of storage on a removable SSD, and of course that gorgeous 27 inch Full HD display. The front of the unit is totally covered in glass, adding a premium look and feel to the bridge.

The most important feature of this update is the addition of import and export of routes in the RTZ format. RTZ is a standardized route exchange format, regulated by IEC 61174 Edition 4 from 2015.

We have also added several improvements and stability fixes to TECDIS with this release.

Today we released our first update to the new generation of TECDIS software, 4.8.3.

The update, titled 4.8.3.1, introduces the following changes to TECDIS:

A full feature guide for this release should be expected by the end of the month.
in News / Software updates / TECDIS
12. March 201721. September 2018  by Telko

TECDIS is now compatible with the new IHO Presentation Library 4

With the release of the brand new TECDIS software 4.8.3, we have added the IHO Presentation Library 4.0, which is mandatory on all paperless TECDIS installations from August 31st and beyond.

The new upgrade to TECDIS brings with it massive changes to chart presentation, danger presentation, menus and some great new features.

Building on the stabile and solid 4.7.2.32-version, the new TECDIS 4.8.3 marks the shift to a new generation of TECDIS software. In the last 15 months TECDIS has been reinvented with several new functions, new color design and greatly improved alert and danger handling.

Read more about the features of TECDIS 4.8.3 in the Feature Guide.

TECDIS 2138 B has finally arrived, and is the awaited replacement for the highly successful TEDIS 2138. 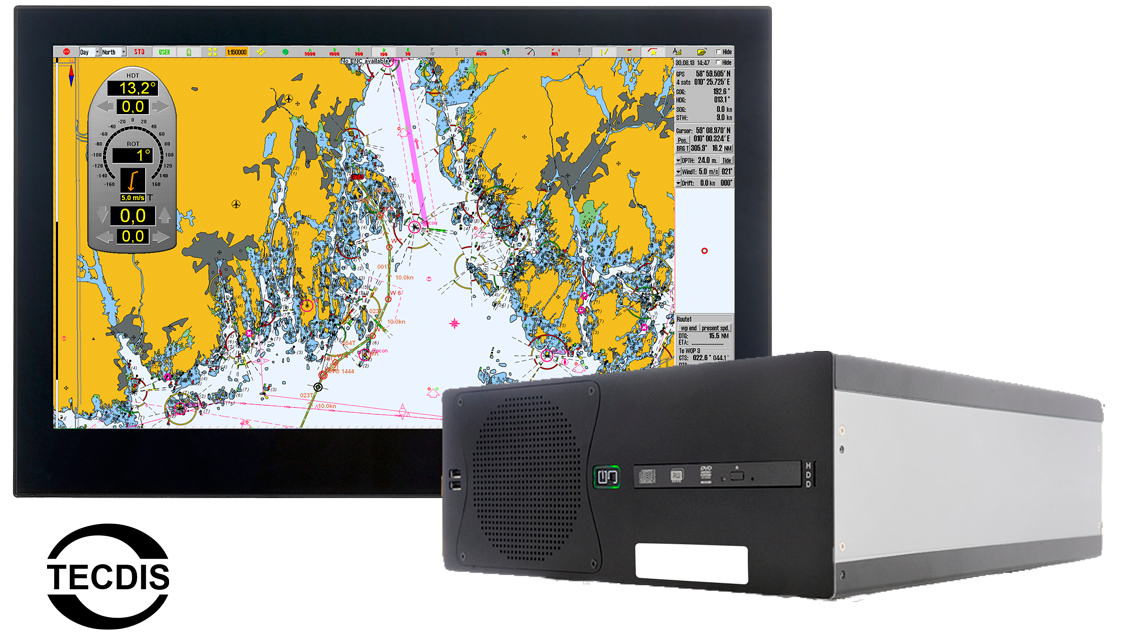